Walmart is not just a supermarket. It is a world on its own. Going to a Walmart is rarely ever dull. It is often a profound experience, and you end up seeing beings you otherwise thought were mythical. Each outlet is a portal into the unknown, and people may step in at their own risk. If nothing else, it’s a great place to see something that will end up giving you a good laugh. The following pictures are of people who deserve to be in the Wallmart Hall of fame for their uniqueness or overall ridiculousness. 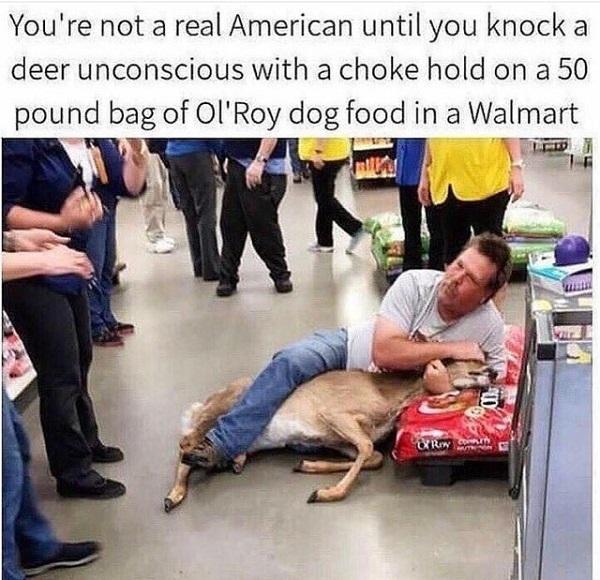 A rare naked choke is one of the most go-to moves for mixed martial arts fighters who specialize in ju-jitsu or wrestling. This man had some beef with the deer; otherwise, this picture makes no sense. Why else would you take down a deer and put it in a chokehold? We can’t say that the man didn’t care about the deer’s well-being. He made sure he tackled the poor animal on a soft bag of dog food. He had the option to do it on the floor, but he decided against it. That’s a considerate potential heavyweight fighter right there.