He weighed almost 30 stone and by the time he was 10 was barely able to walk without help.

Arya, from Indonesia, was too huge to use the family bathroom and instead had to wash in an outdoor pond.

His diet of instant noodles, deep-fried chicken and fizzy drinks had seen him pile on the pounds almost as soon as he started eating.

Arya weighed as much as six average boys his age and his condition became so extreme that he eventually had to be schooled at home because he could no longer make it into classes. 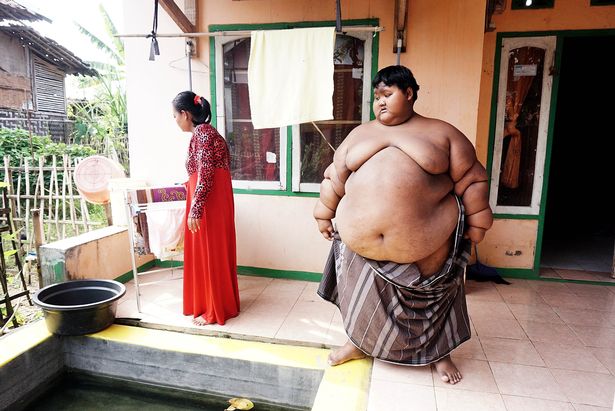